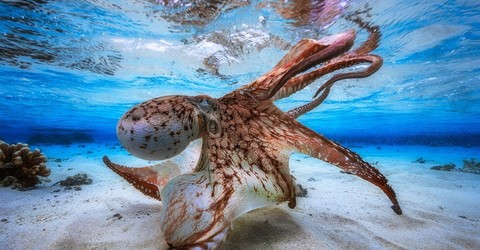 The 2017 Underwater Photographer of the Year Contest


Organizers of the Underwater Photographer of the Year Contest have just announced their winning photos for 2017. The winner Gabriel Barathieu beat entrants from 67 different countries with his portrait of an octopus in the lagoon of the island of Mayotte. Prizes and commendations were also handed out in a number of categories, including Wide Angle, Macro, Wrecks, Behavior, Up & Coming, and, in British waters, Wide Angle, Compact, and Macro shots. UPY has been kind enough to share some of this year´s honorees with us below. Captions written by the photographers.